Whether you’re planning to make darts a hobby or you’re simply a parent looking for a fun way of getting your kids out of their comfort zone, one of the factors you need to emphasize on when starting out is the type of darts you’re going to invest on. One of the misconceptions most beginners go through when it comes to darts is that this game only involves throwing thin projectiles towards a target. The truth of the matter, however, is that this game has a lot of variables besides playing one of which is deciding on soft tip vs steel tip darts.

If you’re a newcomer in the game of darts, it’s easy to get perplexed when you realize that a game that seemed to be a no-brainer actually has an abundance of choices that have to be made. Since the darts are the main area of focus, choosing between soft and steel tip darts is one area you have to be keen on as each dart type can impact your playing style in a significant way. With that in mind, this short guide will discuss some major differences between the soft tip and steel tip darts as well as highlight some pros and cons of each dart type.

If you inspect both of these darts closely, you’ll realize that their differences are quite obvious. Soft tip darts are made of soft plastic tips that are light and very flexible. Due to the gentle design of their tips, these darts are usually used on sensational electronic dartboards that have flocked the market in recent times. They can also be used on bristle dartboards though it’s quite rare.

Steel tip darts have been available for quite a long time in history. In fact, even before the game of darts was discovered, a prototype of this majestic sport had already been devised where the military used spearheads and arrowheads to hit stationary targets. Although it was perceived as a way of training while passing time, what they didn’t realize is that they were slowly developing a game that would become a major sport decades later.

Since this game’s humble beginnings involved using spears and arrows, the steel tip dart was born as a result and was automatically promoted to be used in professional environments. Today, the steel tip dart is used for professional play such as the WPD Championship and the PDC World Darts Championship where this sport is treated with a lot of respect.

In fact, the steel tip dart has become so synonymous to professional play to a point where some advanced players will consider it blasphemy if they dared to play darts using soft tip darts. So, with that said, let’s discuss some major pros and cons of using steel tip darts.

When it comes to soft tip darts, these ones are a more recent addition in the darts business that has come to offer an alternative to steel tip darts. Just as their name suggests, the tips of these darts are made of soft plastic or nylon material that’s gentler and safer as compared to steel tips.

Although their history cannot be compared to their steel tip counterparts, soft tip darts were discovered sometime back in the 1970s when the manufacture of electronic dartboards became commercial. They’re designed to be used either on electronic or magnetic dartboards and are hence the best for kids and beginners. So, what are some major benefits of owning soft tip darts?

In case this discussion of soft tip vs steel tip darts was a major dilemma and concern for you, then I believe this is no longer an essential question for you anymore. That’s because we’ve discussed some major benefits and drawbacks of each dart set to help you make an informed decision.

In most cases, if you’re enjoying darts with your kids or friends that are terrible players, then choosing a set of soft tip darts will be wise as this will avoid any risk of injuries when playing. On the other hand, if you’re playing in a professional setting where official tournament regulations are followed, then sticking with a set of steel tip darts will allow you to play more competitively. 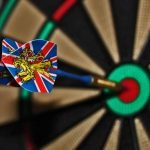 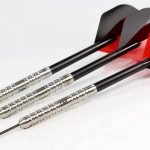 How to Sharpen Darts

How to Read a Micrometer