Most people get the first experience of playing darts while in the pub drinking bear with friends and colleagues. While the random shooting of the darts, while you’re high on alcohol, is somewhat exciting, this is a totally different story if your focus is to make darts your real hobby. So, if your target is to become an established darts player, then dedicating your efforts to dart practice routines is one way you can find a breakthrough in this majestic sport.

But, how should you practice? Well, most people believe that practicing how to throw darts means spending time with friends over the weekend playing the 301 or 501 dart games. Instead, serious dart practice routines mean dedicating quality time daily to improve those weak areas you feel need to be worked on. In this insightful guide, we’ll start by explaining what deliberate practice is before moving on to discuss some major factors you’ll need to follow to significantly improve your darts throwing skills.

How to Practice Darts: Step-by-Step Guide

What is Deliberate Practice?

Now, practicing how to throw darts doesn’t just involve throwing the darts randomly to hit the triple 20s or the bullseye. It involves a technique I call deliberate practice which is far much different from just aimlessly throwing darts. It involves practicing routinely for at least an hour every day rather than spending the entire Sunday practicing.

You need to contain yourself, relax the body, perfect your stance, and imagine that you’re in the middle of a contest where every dart counts. By picturing yourself being in a real game, you’ll be able to make steady throws.

After every throw, try to check for any tweaks and errors and work around them more often. Always remember the rules and always ask yourself whether that perfect throw was really luck or was it an improvement.

Lastly, do not overdo the practicing. In most cases, I would recommend you to practice for about 25-30 minutes then take a break. Practicing for about an hour each day is highly recommended as this will give you ample time to reflect on your performance while still giving yourself some time to read about darts and watch dart games on TV or YouTube for more inspiration. So, having said that, let’s now get to our main discussion.

Buy a Set of Darts

If you’re truly aspiring to become a perfect darts player, you need to start by owning a set of quality darts. After all, how can you practice routinely if you barely have a set of darts of your own? Just like other sports, equipping yourself with quality tools and accessories is integral to your success.

Since you’re a beginner, I would recommend you to buy affordable darts that will not constrict your budget. On the other hand, you have to buy high-quality darts, especially those that feature in professional play, to familiarize yourself with such darts early enough.

Do You Know the Rules?

With a set of high-quality darts at your disposal, the next step is to ask yourself this simple question—“Do I know the rules of darts?” If you’re a beginner and you happen to watch people play darts, it’s easy to have this misguided impression that the game of darts is all about throwing those thin projectiles towards a target.

In essence, you’re not entirely wrong nor are you right either. The game of darts may seem to be simple on the surface. However, when you dig deeper into it, you’ll be amazed to realize that this game has a lot of features that you need to familiarize yourself with before you can get started.

Note that this game has dozens of variations that you need to familiarize yourself with. By learning the rules of each game, you’ll be in a better position to practice and become a professional.

Start By Warming Up

One of the most important routines that will help you progress in darts quite fast is starting your practice session with a warm-up. Even in soccer, players usually ready themselves for a matchday by warming up a few minutes before kickoff. In darts, this is not an exception. You need to start by warming up your arms and wrist by trying to hit a selected target.

This can be the D20, D10, D19, or D18. Other times, you can warm up by hitting the T20, T19, or T18. When warming up, you don’t have to pressure yourself too much. Instead, focus on getting your arms loose and readying them for the actual practice session. Make sure that you warm-up for around 10-15 minutes to relieve all the tension.

When practicing how to throw darts like a pro, you need to also understand the physics behind throwing darts. When a dart is thrown, it travels in a parabola towards the target. For the dart to maintain the right parabola, it relies on a throwing mechanism that involves the shoulder, the elbow, the wrist, and the hand.

The shoulder is usually the fixed joint or lever while the elbow and the wrist are the two moving levers that dictate the motion of the dart. So, when practicing how to throw darts, you need to routinely practice how to grip the dart and how to maintain a perfect stance when throwing.

If you happen to watch some of the greatest players playing darts, you’ll notice that these players manage to maintain consistency in hitting the highest scores throughout the game. The same applies to you. If you’re truly aiming to become a professional darts player, you must consistently hit the highest scores such as the 80+, 100+, 120+, 140+, and finally, the ultimate 180.

But, how can you do this? Well, it’s pretty simple. All you need is to practice routinely by strategizing yourself. For instance, you can decide to target the triple 20, the triple 19, the outer bull, and the inner bull several times until you discover you’re making some progress.

Next, you can ask a friend to join you or you can assume you’re playing with a virtual player and try practicing with any of these games.

The game of darts has so many variations that you’re required to understand for you to be a successful player. Now, most of these games require you to hit the doubles, the trebles, and the bullseye for you to check-in or check-out. In our previous point, we’ve highlighted several practicing games you can consider to improve your hitting technique. By practicing routinely, you’ll be able to sharpen your aiming skills which will be essential when playing various games such as the 301, 501, Cricket, and Killer among others.

Another strategy you can use to practice is by dividing your dartboard into sections. For instance, you can choose to hit those segments in the lower portion of your board from 14 moving counterclockwise to 10 then hit the upper portion in a clockwise motion. Next, you can choose to hit the right side of the board from 5 to 3 then repeat the same strategy on the left.

Now that you’ve gathered some important information on how to practice playing darts routinely, the final advice is to practice alone to see whether you’re making any progress. All in all, practicing darts requires a lot of patience, and most of all; it doesn’t require you to overdo it. Spending just an hour or two daily is enough as it will help you to reflect on your success while allowing you more time to focus on other hobbies. 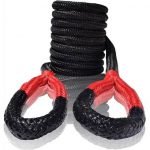 What Size Kinetic Recovery Rope Do I Need? 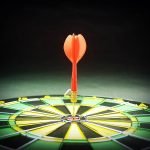 How to Read a Micrometer